Posted at 02:59h in Colección by pepe

Daniel Buren’s work revolves around the abstraction of the form through lines and color; his artistic proposal is framed within the fields of architecture and urbanism. With his in situ work, he highlights certain aspects of the buildings and spaces he intervenes, and as a result he also has an impact on the landscape. Ultimately, his compositions address the relationship between human beings and their physical surroundings.

The artwork exhibited here was thought up and created to fit the central fountain of the ARTZ Pedregal complex. In doing so, the artist opened a dialogue with the space and its surroundings, by combining simple materials, geometric figures and solid colors that coexist with the water and the natural light.

Daniel Buren (France, 1938) have been working over five decades on the intersection between art, architecture and space. In the 60s developed the idea of the “degree zero of painting” as he called it, to play with the means and their relationship with the support and medium that made possible a work of art. His intervention projects are conceived and created in situ, borrowing and coloring the spaces in which they are presented. These pieces are meant to question how we look and perceive, as well as the way space can be used and appropriated. Buren’s work has been presented in museums, public spaces and art institutions from Germany, Belgium, United States, Spain, France, Italy and Mexico, among others. 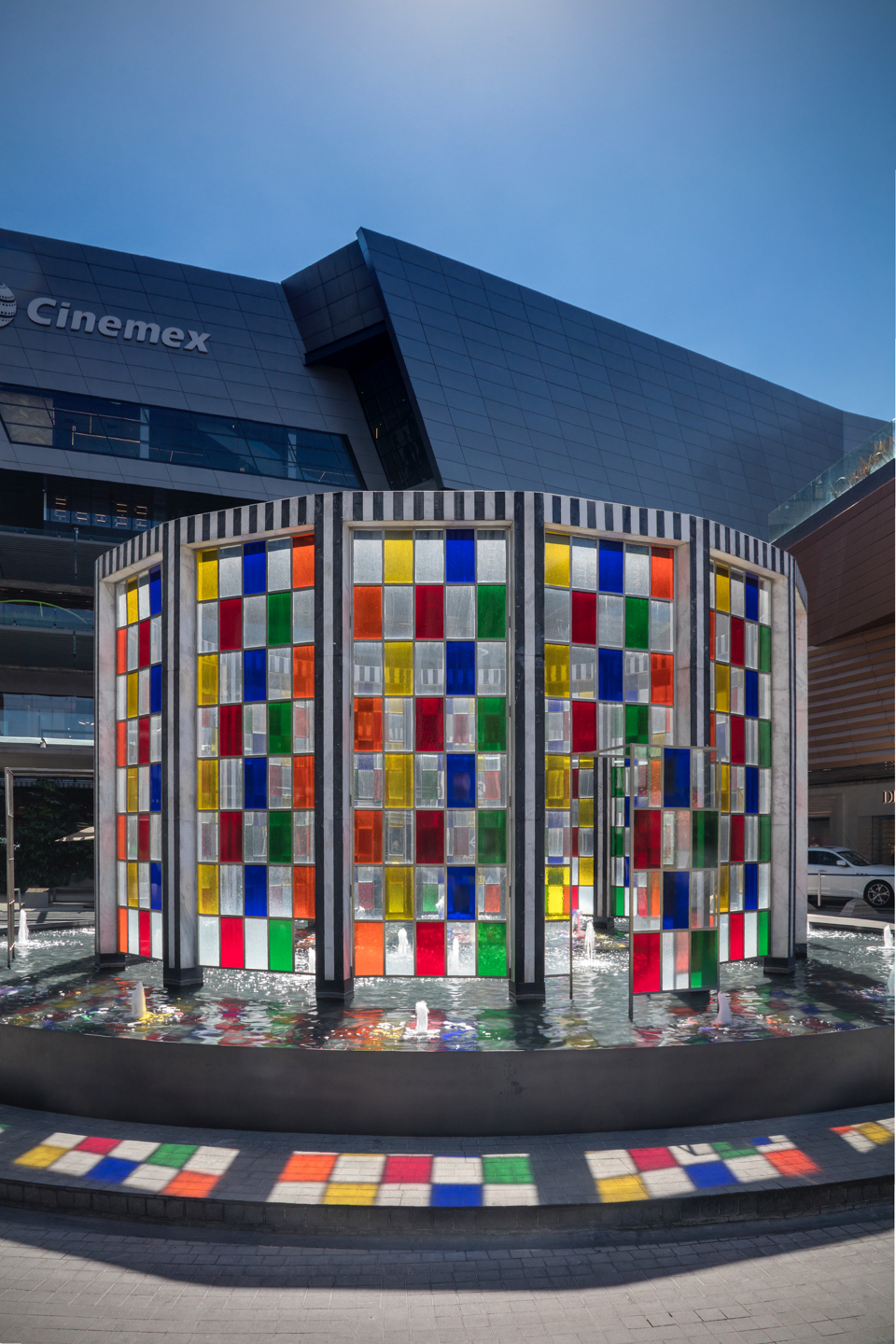 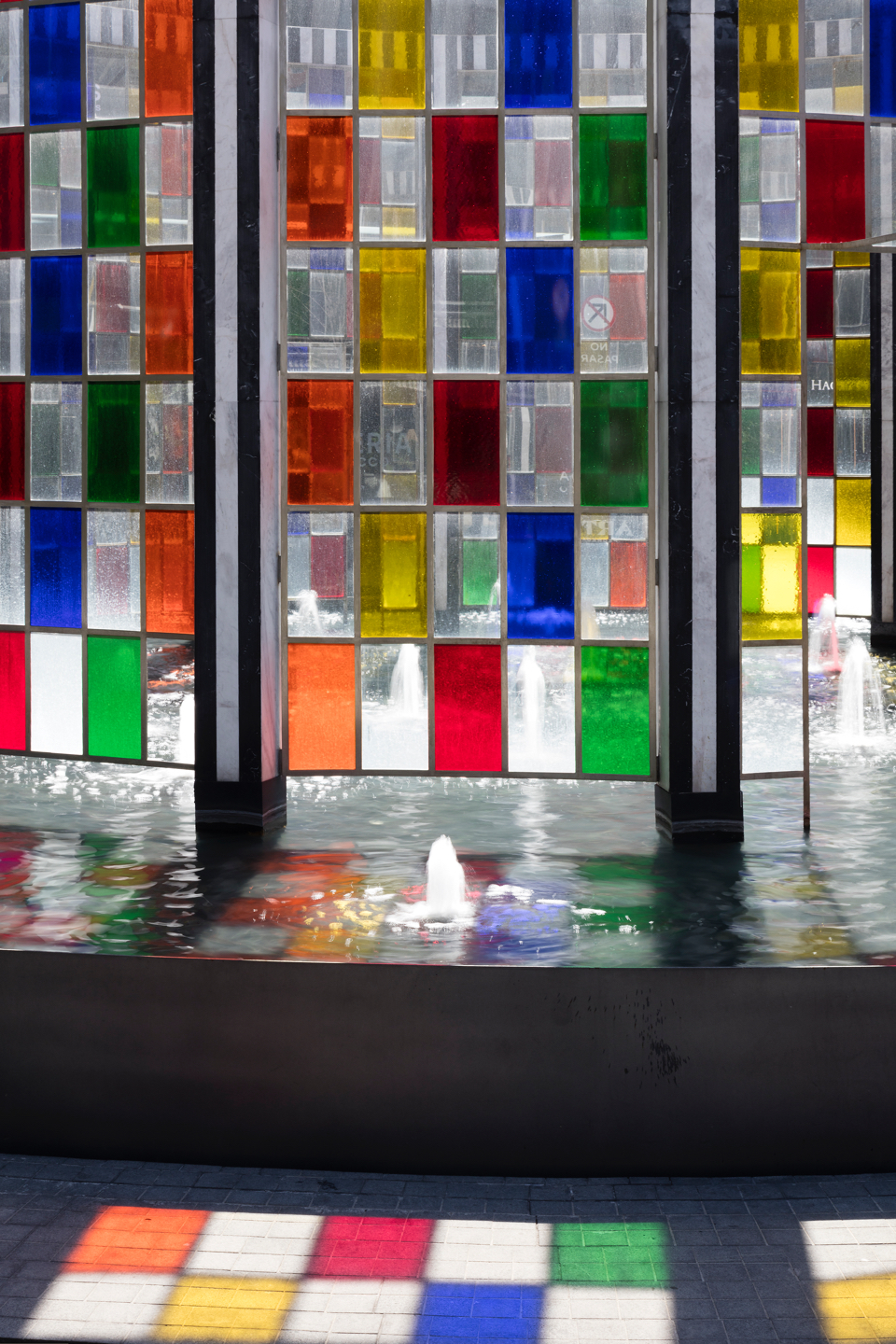 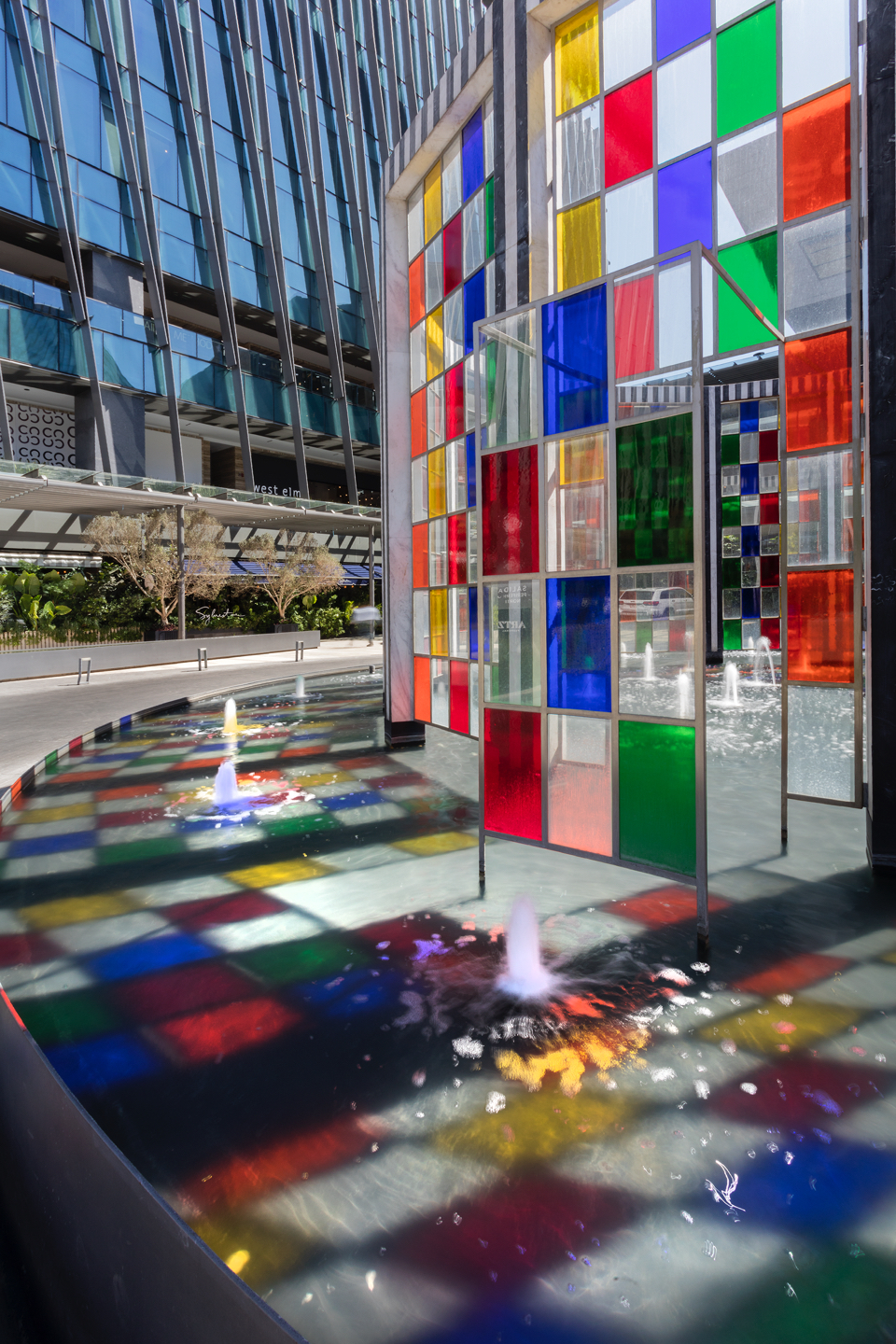 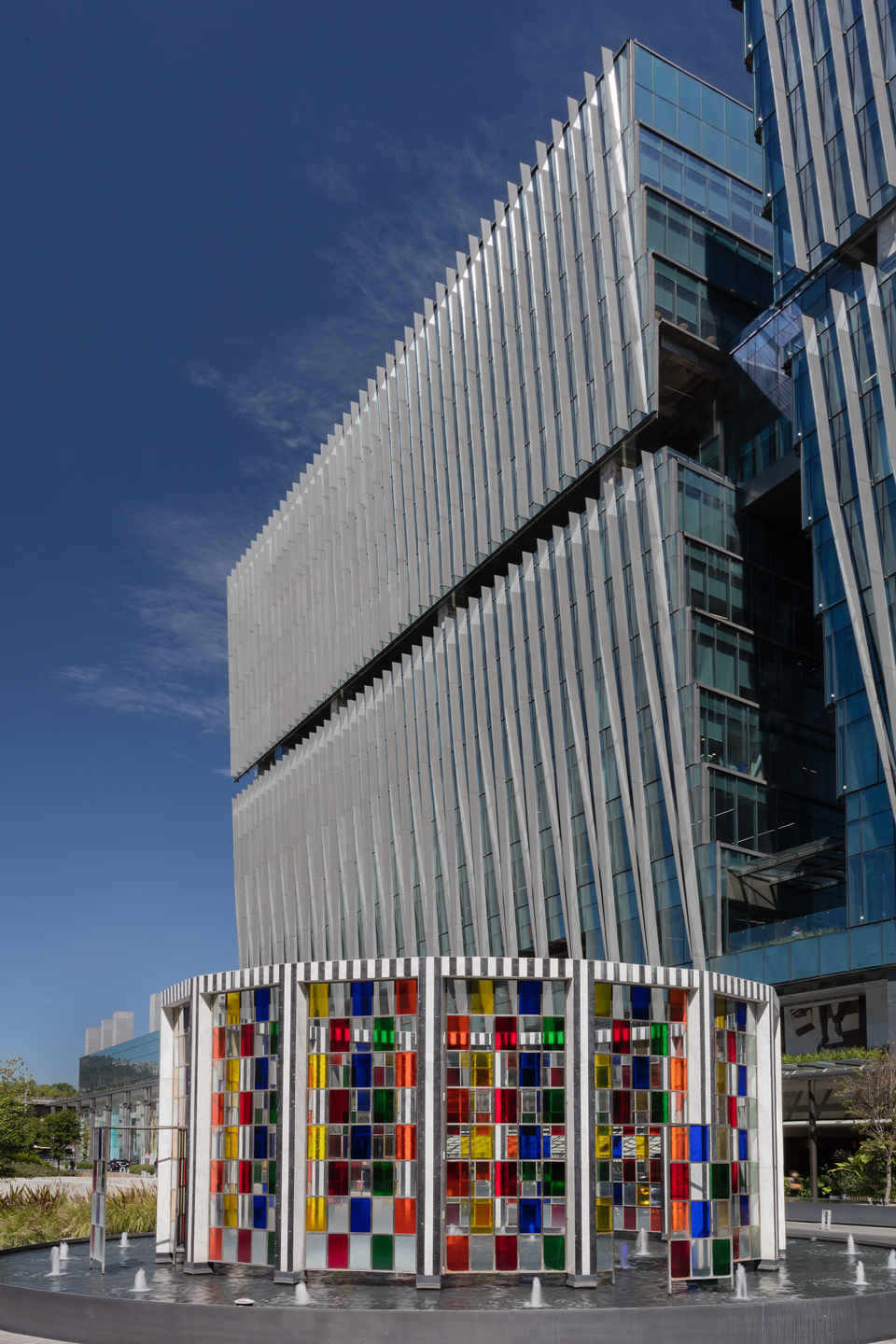 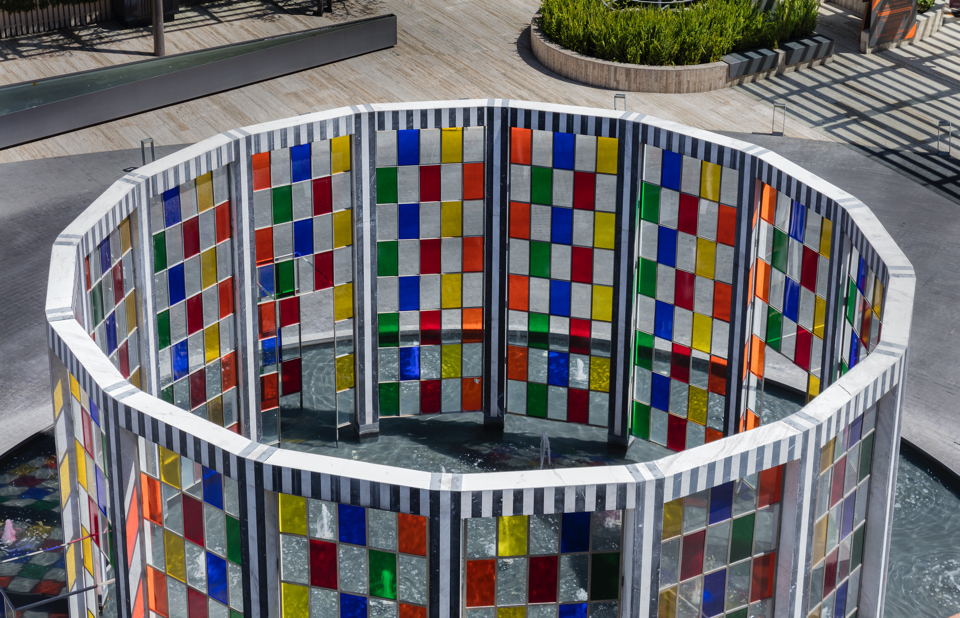